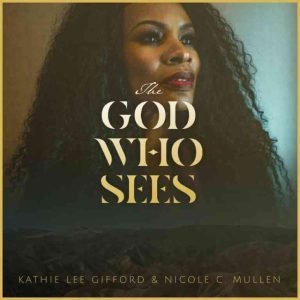 The God Who Sees LYRCIS by Nicole C. Mullen:
Hagar was a single mother
She was abandoned by the family she belonged to
And there in the wilderness with her son alone
With very little provision
She was wondering
She was questioning
Does anyone care?

And there is another woman named Ruth
She was from the land of Moab
And she was met with grief and heartache
She was a widow and she lived with her mother-in-law, who was also a widow
And now it was time to move on
But Ruth had never been to Bethlehem
She had never tasted of the House of Bread
But now she had heard an inner invitation to come and taste and see
And so she vowed herself to her mother-in-law
And she said where you go I will go
Where you lie I will lie
Where you die I will die
And she begins a journey to the Promised Land

I will put a ring around you finger
And I will bless a child within your womb
And the Savior will be born through you
To free the world from sin
And He’ll make all things new for you
And love you back to life again, again

He’s hiding in the desert
He’s battling despair
David thinks his life is over, it’s over
And God, He doesn’t care
But God says

And then from the line of David
Finally, Jesus the Messiah
The Anointed One, Yeshua, the Christ
Born in the same House of Bread to be the Bread of Life
In the town of Bethlehem
And He would grow
And He would be called the Son of God
He would be called Emmanuel, God With Us
And He would heal, and He would reveal
And then He had an encounter with a woman
Named Mary of Magdalen who was plagued by demons
Tormented by evil spirits, and Jesus set her free
And Mary followed Him, she listened at His feet
She served Him, and she loved Him
Oh how she loved Him
But then she watched as they nailed Him to the cross
And as they placed His body in the tomb
In that moment her hope died, it died

She’s crying in the garden
She’s broken in despair
She’s searching for her Savior
But His body isn’t there
Then He says, Mary

Glory, glory, glory, Hallelujah
I will be the glory in Your midst
And every knee will bow to Me
And every tongue confess
Yes all the world will worship Me
In all My Holiness